Focus on R&D and manufacturing,

Information
There are two test methods for air volume and wind pressure. One is to test with a wind tunnel meter and the other is to use a double box method. But for the average user, there is no such device. Can only be based on the data provided by the manufacturer as a reference, and ultimately depends on the cooling effect.
Air volume: The air volume refers to the product of the plane speed of the fan ventilation area. The venting area is the area of ​​the exit minus the projected area at the vortex. Plane velocity is the velocity of gas movement through the entire plane of airflow, in m3/s. When the plane speed is constant, the outer diameter of the blade impeller is larger, the ventilation area is larger, and the air volume is larger. The plane speed is determined by the rotor speed and wind pressure. When the ventilation area is constant, the greater the plane speed, the larger the air volume. The larger the air volume, the greater the heat absorption of the air. When the air flow is transferred, it can take more heat with the circumference, and the fan heat effect is more obvious.
Wind pressure: In order to perform normal ventilation, it is necessary to overcome the resistance in the fan ventilation stroke. The fan must generate a pressure that overcomes the air supply resistance. The measured value of the pressure change is called static pressure, that is, the differential pressure between the maximum static pressure and the atmospheric pressure. It is the pressure of a gas acting parallel to the surface of the object, and the static pressure is measured by a hole perpendicular to its surface.
The conversion of the kinetic energy required for gas flow into a form of pressure is called dynamic pressure.
Static pressure and dynamic pressure are required for the purpose of air supply. The total pressure is the algebraic sum of static pressure and dynamic pressure, and the full pressure refers to the total pressure increase given by the fan, that is, the difference between the total pressure between the outlet and the inlet of the fan. In practical applications, the nominal maximum air volume value is not the air supply volume obtained by the actual fan heat sheet, and the large air volume does not mean that the ventilation capacity is strong. When the air flows, the airflow will encounter the blockage of the thermal block or component in its flow path, and its impedance will restrict the free flow of air. When the air volume increases, the wind pressure will decrease. Therefore, there must be an optimal operating point, that is, the intersection of the fan performance curve and the wind resistance curve. At the operating point, the slope of the fan characteristic curve is minimal and the rate of change of the system characteristic curve is the lowest. Note that the fan static efficiency (air volume × wind pressure ÷ power consumption) at this time is optimal. Of course, in order to reduce the system impedance, even the smaller size fan can be used to obtain the same air volume.
At the same power, wind pressure and air volume are generally inversely proportional.
Under the same power, the wind pressure will be high, the air volume will be relatively low, and the air volume will be large, the wind pressure will be lower, so that the power efficiency of the motor can be fully utilized.

Scan the QR code to read on your phone 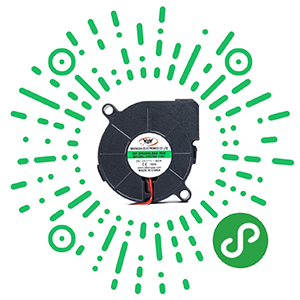 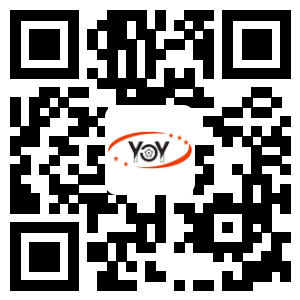